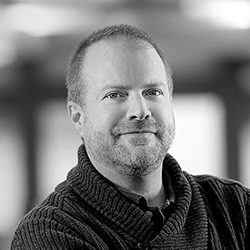 Life’s too short to be in the wrong relationship. Or make lame advertising.

Finding the right creative partner is a bit like dating. It’s as much about style, taste, and temperament as it is about physical attraction. Sure, outward appearances matter, so here’s my head shot: I’m a multiple Clio and Cannes award winner, worked at top agencies McCann/Erickson Seattle, Copacino+Fujikado, and GLG, and have grown client accounts for Babolat, Seattle Mariners, Microsoft, Seattle Children’s Hospital, and more.

But, if we ever meet in person, here’s some other stuff you’ll learn about me:

Oh, and I’m a drummer who loves to wrench on my 1963 Pontiac Bonneville. We might talk about that, too.

You know what people love? Cat videos. And that’s what this site was going to be about. But somewhere along the way I got distracted and posted a bunch of advertising stuff instead. (Besides, I don’t have a cat. They seem like a lot of work and their food smells really bad.)

Please stay and have a look around anyway.

And let’s work on something cool together.